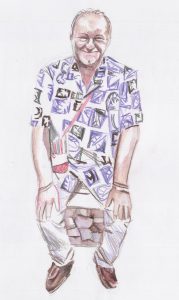 Raffaele Marando was born in Rome where he works and lives.
For 37 years he has worked as video graphic and art director for the Italian National television RAI TV. He has created logos, animations and graphics for hundreds of TV shows such as the olympic games of Atlanta, Sidney, the football world cup in Corea, the Sanremo music Festival and several shows of Rai Cultura.
He’s an artist, draws and paints with many techniques such as acrylic, watercolor, pencil, pen, ink which he uses singularly or by mixing them on paper, cardboard, wood or canvas.
His favorite subjects are the things he loves: music and musicians, jazz, blues, rock and song writers; views and monuments of his city, Rome or any of the places he visited around the world. He’s inspired by figurative art and by his longtime source of creativity; international literature and by any other subject which moves his heart and sparks emotions to transmit to anyone who encounters his works. 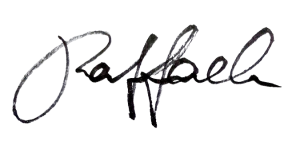